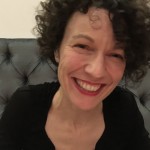 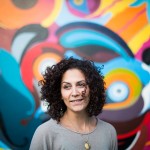 Martina is co-founder and senior producer of the Spanish-language storytelling podcast, Radio Ambulante. Over the past ten years, she has worked nationally with NPR and in San Francisco with KALW News, working slowly through every radio job — from producer to reporter, arts editor to live event creative director, sound designer to managing editor. Martina’s independent work has aired nationally on NPR’s All Things Considered and Morning Edition, performed for a live audience at Pop Up Magazine, and has been recognized with various awards, including the 2014 Edward R. Murrow award for the radio documentary “The Race to An Emergency.” She has produced a dozen live radio performances and has given numerous workshops/talks on the art of narrative radio storytelling across the U.S. and in Latin America. Most recently, Martina was awarded a 2014-2015 Fulbright grant to teach radio journalism in Montevideo, Uruguay.

You can hear “The Race to an Emergency” by Martina here >> 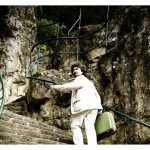 Boz was joint artistic director of award winning theatre company Primitive Science before founding Holy Mountain in 2003 to explore innovative approaches in audio as well as live and digital arts.

His audio drama productions for the BBC are often investigative and always sound-led. Recent productions have explored police corruption, social media and UK activism and have experimented with production techniques and new ways of story telling. This year he has made The Good Listener, examining the inner workings of GCHQ, and Hair of the Dog, a multi location drama recorded in a single take.

As a producer of digital narratives, his recent work includes Brandon Generator, an interactive comic made in collaboration with Edgar Wright and Tommy Lee Edwards, with music by David Holmes.

All the work has strong story telling and innovative audience engagement at its heart.

You can hear Boz’s latest drama, “The Good Listener” here >>