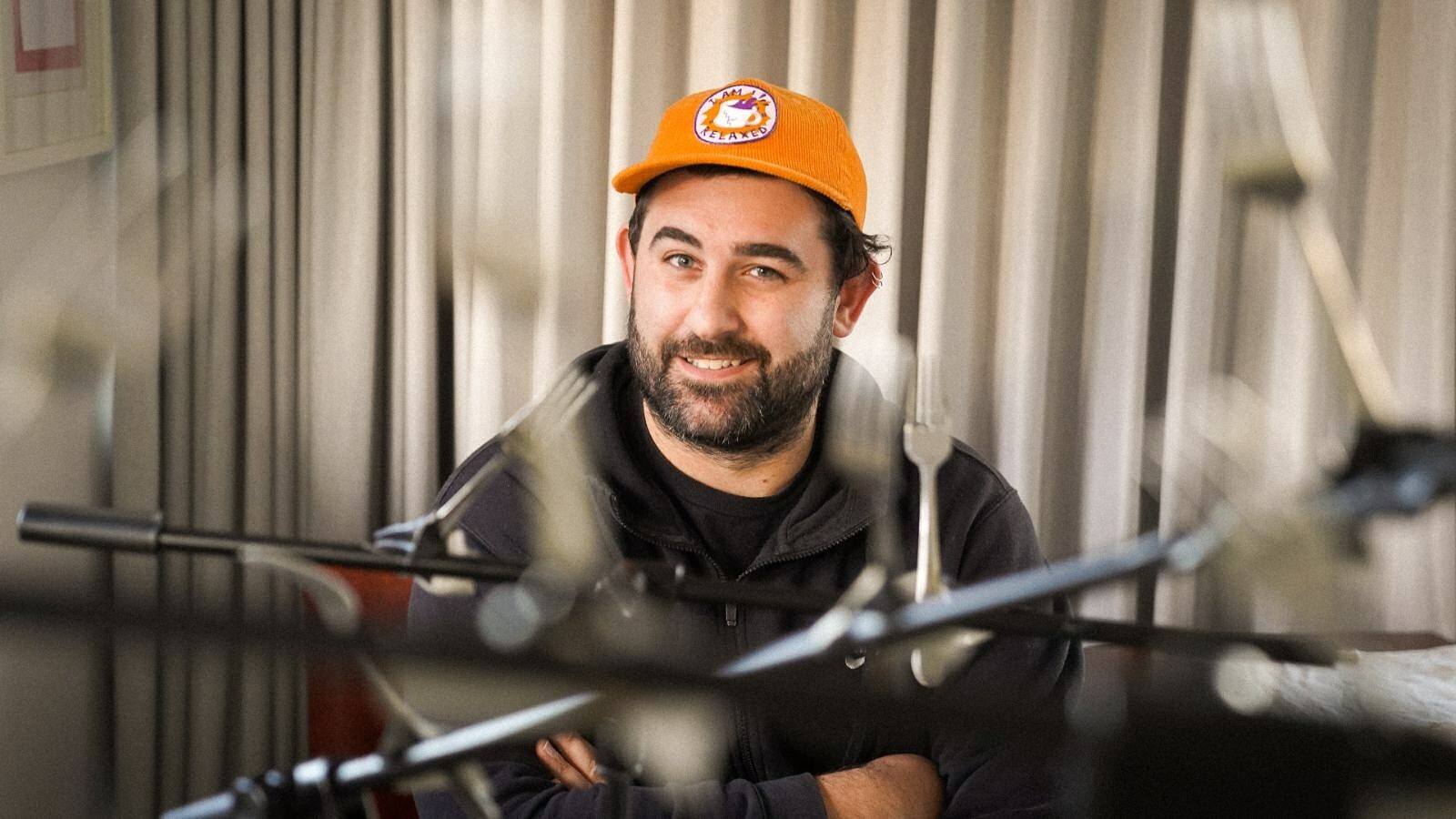 In the Dark Bristol is back, with a night of audio wonder from two prolific storytellers.

Mike Williams shares ‘Who gives a fork?’ —an investigation into missing forks, as well as some other stories that are not related to forks.

More about the producer: Mike Williams makes irreverent documentaries that reflect Australian culture. He spent over 12 years at the ABC, recording across the countryside and championing creative audio. Mike’s work has been featured by The Guardian, Between the Ears (BBC3), BBC World Service, Love Me (CBC) and NPR.

“Fast, self-deprecating and sometimes brash humour that’s often absent from podcast playlists” The Guardian
“Sparkles with fun and silliness and smarts and was just the thing I needed for a laugh when I was down” Gretta Cohn, Transmitter
“Pushes local documentaries in a different direction — it sounds like Australia” The Australian Newspaper

More about the producer: Benjamin Partridge is an award-winning comedy writer, performer, producer and podcaster. Benjamin has been making his own work since 2010. He has also worked on lots of other things, including: The Cleaner (BBC One), Hypothetical (Dave), The Last Leg (Channel 4)
And Horrible Histories (CBBC). Beef and Dairy Network Podcast won Gold – Best Comedy at the British Podcast Awards 2017 and 2018.

“A gorgeously absurd comedy podcast by Benjamin Partridge. Played completely straight, it offers total immersion in one man’s comedy world.” The 50 best podcasts of 2016, The Guardian
“This is a lovely, funny show.” The Observer
“An impressively funny program, featuring bizarrely hilarious and deadpan dispatches” The A.V. Club

ON SALE NOW VIA THIS LINK