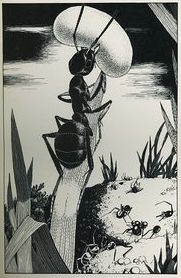 We’re back at the British Library in July celebrating another hero of radio past, Nesta Pain. If you’ve not heard Pain’s work before this is not to be missed!

Moving to London in 1942 from Birkenhead, the writer/producer began her BBC career in the wartime Features Department, becoming one of its outstanding members. Initially known for her compelling scientific programmes that appealed to a wide-range of listeners, Pain also dramatized the lives of historical personages, famous legal cases, and the life cycle of spiders and insects, as well as adapting both non-fiction and fiction for the radio. Pain’s programmes used a variety of techniques that included dramatic reconstruction, narration, specially-composed music, and sound effects to heighten tension and convey emotion.

Join us in the Foyle Suite of the British Library to hear some of Pain’s fascinating work followed by a short discussion with guest contributor Kate Terkanian. Terkanian is currently studying Pain as part of her PhD project on Women, Wartime and the BBC at Bournemouth University

WHERE: Foyle Suite, The Centre for Conservation at The British Library, 96 Euston Road, London NW1 2DB