I do not always realise where I am, but it’s not the same as being lost. 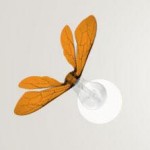 You may have heard that In The Dark is part of an exciting two-year residency in the Wellcome Collection Hub space where we are collaborating with writers, scientists, broadcasters, poets and anthropologists exploring rest and how the brain works in that state. We are producing new audio for the project at the moment but in January I put together a selection of pieces on the theme of Silence and Noise for an event at the Wellcome Collection to warm everyone up. This was one of my favourite events to curate because it is an endlessly fascinating subject. What do you determine as silence and what do you think is noise? It’s astonishingly subjective. The first piece I played was this beautiful field recording made in Iceland, Hellissandur Mast produced by Aino Tytti in 2013 for Touch Music and a little context, I think, will enhance your experience so I would recommend reading the text first and then immersing yourself in the place and time. 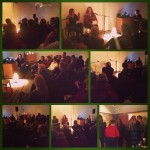 That brings me very nicely to February and Iceland. I was so pleased when our friends in Reykjavík got in touch to tell me they had decided to start a radio club focused on group listening – what better news could I receive! Rikke Houd, Thorgedur Sigurðardóttir and Indra Ragnarsdóttir are three very talented radio producers and eager to share their passion for creative story telling. They are calling themselves Græna Augað Radíoklúbbur (Green Eye Radio Club) after the little green light beaming from the radio. It was decided that I (I had a lot to do with that decision) would pop over to Reykjavík to launch Green Eye with them, so in the weeks running up to it Thorgedur and I started sharing our favourite pieces, making connections between pieces along the way. We put together a great mix including Random Tape’s squirm-inducing Dec 31, 1995 and Tony Hill’s A Sense of Place which really does have this timeless quality about it. I had a great time and the lovely venue Mengi said the evening was ‘beautifully atmospheric with almost a feeling of time traveling. No screen, no performers… just a full house of people enjoying stories together told through sound’ which was lovely to hear. I am not-so-secretly hoping that in time we will hear more Icelandic radio from producers there, inspired by what they hear at Græna Augað Radíoklúbbur events, wouldn’t that be fantastic!

I bought two excellent things back from Reykjavík: one is a bottle of shark liver oil tablets and the second is a short piece of audio that I would love to share with you here. Listening to Darkness, produced by Elísabet Indra Ragnarsdóttir & Þorgerður E. Sigurðardóttir, is about finding your way in the darkness, inspired by the temperamental weather in Iceland. It’s absolutely true what they say, if you don’t like the weather in Iceland just wait five minutes and you’ll get something else. We have an English transcript for you. Keep your eyes and ears open as Indra and Thorgedur tell me that this piece has become a starting point for a bigger piece about darkness in Iceland, which I am really looking forward to hearing. 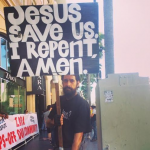 The week before this in London we had not one but two evenings curated by Nick van der Kolk. As you might imagine from the host of Love + Radio the choices were wilder than usual and my pick from Nick’s great selections has to be Fill My Vessel With Your Jesus Love produced by Zoe Nightingale, for stirring up a bit of controversy! Listen and discuss. 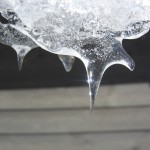 In March we marked the hints of spring in the Bristol air with an event called The Thaw. The brought us to Ireland, Iceland, Alaska, and the magical places that exist only in sound. The works featured included Nina Perry’s beautiful Melting Point. But to move you gently along from Iceland, let’s drift towards the Observatory Lights, guided by Kathy Tu. 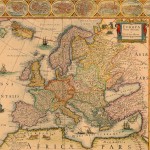 The good people of North Carolina were treated to a night of European radio features – in particualr, those of a Danish or British pedigree. Thanks to the magic of subtitled radio, the audience at the Centre for Documentary Studies at Duke University were able to enjoy the mixed Danish/English production The Garden, by Third Ear. that of course is the work of Tim Hinman, a British producer in Denmark, so Sofia balanced it out with a piece made in the UK by Danish producer Pejk Malinovski, A Snail is a Snail is a Snail is a Painter:

That’s it for this edition of the newsletter – we’ll have more for you in the summer. Ears peeled!