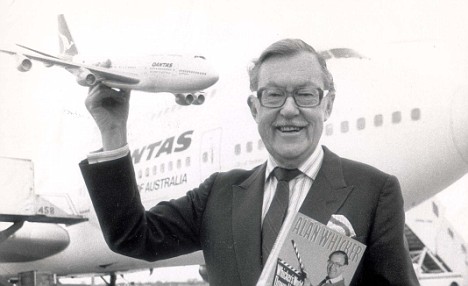 The In The Dark Audio Award is taking a sabbatical year, but never fear! We’ve  teamed up with The Whickers World Foundation who have created a new audio award, to be presented at Sheffield Doc/Fest, dedicated to reward outstanding radio documentaries and podcasts. The award winners will still reflect the In The Dark sensibilities, but with a Whicker twist!

If you don’t know about the legendary broadcaster, Alan Whicker, we recommend you check him out! Alan sadly passed away in 2013 and the foundation has been set up in his memory.

The Whicker’s World Foundation will award an annual £4,000 prize for the best audio project. A runner-up will receive £1,000. The prize will be for work that fulfills the criteria laid out by the foundation, chosen to reflect Alan’s unique spirit.

The winners will be chosen by the following judges:

The first Prizes will be presented at Sheffield Doc/Fest in 2016.