We are delighted to announce that the winner of the 2015 In The Dark Audio Award goes to: 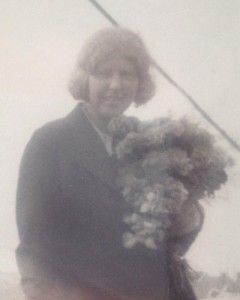 The Woman on The Ice (Kvinden på Isen)

Karen Roos, a young Danish woman, disappeared on the ice outside the little Eastern Greenlandic settlement Angmassalik in 1933 and more than 80 years later radiomaker Rikke Houd follows in her footsteps.

The judges were blown away the sweep and scale of the sound design in this piece, the simplicity of the narrative and the way the vivid landscape was evoked, allowing it to become so implicated in the story. They also admired the editorial risk that the storyteller took to go on this journey, starting with very little and yet going on to unearth a compelling and mysterious narrative. Speaking of the producer/narrator, they referred to “the ineffable thing that a storyteller can bring” – and described Rikke’s approach as one of a humble and gentle maker who, without ever getting in the way, brought this story together with empathy and a singular vision.