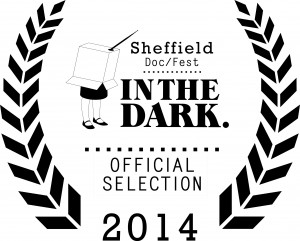 A huge congratulations to Pejk Malinovski whose “Everything, Nothing, Harvey Keitel” has been announced as the winner of the In The Dark Audio Award at Sheffield Doc/Fest.

We had a wonderful week in Sheffield with all the nominees – congratulations to you all and thank you for a very fun and memorable week.

Thanks, too, to our judges, Jad Abumrad, Kari Hesthamar and Kaitlin Prest for lending us their brilliant ears!

Listen To The Nominees

WINNER: Everything, Nothing, Harvey Keitel

Produced by: Pejk Malinovski for Falling Tree Productions (BBC Radio 3, Between The Ears)

The unusual setting of this documentary – in the producer’s head – was a source of delight and inspiration to our judges. Although a heavy conceit, an irreverence and playfulness in the treatment meant that weighty and possibly unwieldy themes wove delicately around its structure. The result was light, poetic and profound.

A strong expression of craft and creativity underpinned the comparatively pared-down production of Stig’s Teeth. Its two locations – the sitting room and the dentists chair – were masterfully woven together, allowing the raw and often uncomfortable energy of the recordings to hit the listener on a visceral level. There was also a lot of creativity in the tape itself – a reminder to producers everywhere that sometimes intimate interviews can – and should – be conducted with a television on in the background!

Click here to listen (with English subtitles) >>
Our judges were particularly inspired by the creative use of present-tense recordings to bring the past to life. They felt the “double exposure” of place and memory resulted in an almost cinematic quality, while the sound design suggested the same surprising observations of its protagonists: that beauty may be found in the most unlikely places.