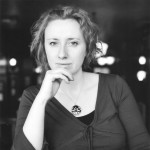 A composed feature by Nina Perry exploring the environmental, cultural and musical significance of the icy landscapes of Greenland, Iceland and the Highlands of Scotland. Featuring the words of an Icelandic writer, a Greenlandic fisherman, a drama therapist and an ice-climbing fiddle-playing mountain rescuer interwoven with spectacular recordings of the ice sheet as it carves and a specially composed musical soundscape.