Songs My Mother Taught Me + Discussion with Chris Brookes 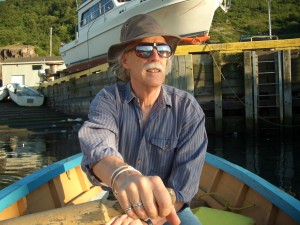 Chris Brookes’ personal style of feature-making can be heard at its most intriguing – and at times most uncomfortable – in this “documentary novel” about war brides – women, including his own mother, who married allied servicemen

stationed in Britain during World War II. Based upon wartime diaries, letters, photos and recordings it is both an exploration of history and a personal journey of discovery, as events from Chris’ present resonate with those of his mother’s past.
Produced by: Chris Brookes
Origin: Canada (CBC/Battery Radio, 1997)
Run Time: 52 mins